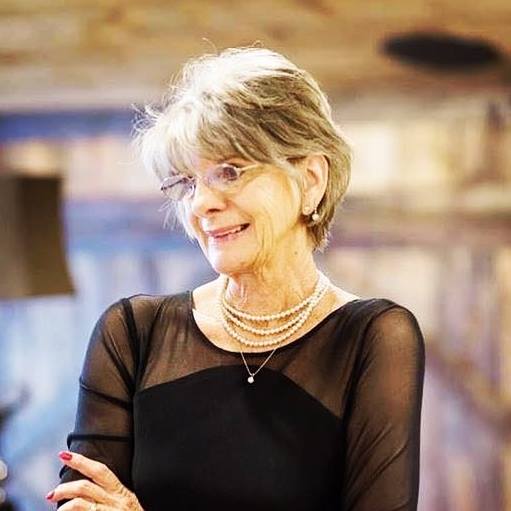 August 25, 1947 - March 23, 2019
Sharon JoAnn Halvorson Vaughn went to be with her Lord and Savior Jesus Christ on March 23, 2019, at the age of 71. Sharon was born in Galveston, TX to Dan and Catherine Halvorson. Sharon's younger sister, Mary Halvorson, was born prematurely and passed away. Sharon and her parents moved to Grand Junction, CO in 1954. The family attended American Lutheran Church where Sharon confirmed her faith in God as a young girl.
During her childhood Sharon followed in her dad's footsteps showing a love for horses. She was actively involved in 4-H and was a winner in many horse shows such as Western Pleasure, Reining, and Showmanship competitions. As a 17 year old, Sharon was honored as the Queen of the Grand Junction Horse Show. She also participated on the dance team at Grand Junction High School and graduated in 1965. Following high school, Sharon attended Mesa Junior College and met her life-long love, Larry Vaughn. The couple transferred to Fort Collins where they attended Colorado State University for two years. Larry and Sharon were married on September 1, 1968, and moved back to Grand Junction where they worked in management for Hertz Rental Car franchise. In 1972, Sharon and Larry had their first daughter, Kerri, followed by another daughter, Katie, in 1976 and son, Todd, in 1979. Sharon was devoted to supporting Kerri, Katie and Todd in various activities such as gymnastics, dance, cheerleading, track, softball, baseball, and wrestling. Sharon was remembered as a "second mom" to her children's friends and teammates. She always placed her children first above everything else. She never missed a competition or game.
In 1983, Sharon began her career as a Broker Associate for Coldwell Banker Distinctive Properties, and provided Real Estate services to the Grand Junction community for 35 years. Sharon and Larry started a group within Coldwell Banker known as the "Vaughn Team", presently the "Vaughn-Clark Group". Sharon was very successful in her real estate career. She was ranked number one in Colorado in total units and listings sold, was among the top three percent of realtors nationwide, and top producing Realtor at Coldwell Banker in Grand Junction. Additionally she earned the Designation of Coldwell Banker President's Premier Team award for outstanding sales performance. Recently, Sharon was presented with the first annual "Sharon Vaughn Life Time Achievement Award", given in her name. This award recognizes her professionalism, knowledge, and unwavering support to clients.
Sharon poured her spirit into the local community as well as nationally and abroad by supporting in various outreach ministries, military and other organized charities. Locally, Sharon was actively involved in Kiwanis where she graciously served children and youth. Her desire to give to children inspired her to organize the "Shoes that Fit" drive to support children within the community.
Sharon's dedication to her career and giving to the community was an immense part of her life, however, her greatest pride and joy was loving and supporting her eight grandchildren who knew her as "Nana". Nana was the most important person to her grandkids. They describe her as "the most perfect human being, the greatest example of Jesus, the most caring, selfless, kind and humble person, the best friend, mentor, and role model that could ever exist. Now she will be our guardian angel looking down on us from heaven".
Sharon lived by the example of Jesus. She was an amazing model of grace, forgiveness, generosity, service, love and work ethic to all who knew her. She is leaving a legacy as a beautiful wife to Larry Vaughn; mother to Kerri Bensley (Brian), Katie Kleager (Jimmy), Todd Vaughn (Alexi) and "Nana" to Kayla Bensley Evancich (Nick) and Jaelyn Bensley; Gage, Jackson and Jedidiah Kleager; Ashton, Fischer and Marley Vaughn. Memorial service will be held at Victory Life Church on Friday, March 29 at 10:00 a.m. Viewing will be at Callahan-Edfast Mortuary from 6 - 7:00 p.m. on Thursday, March 28, 2019.
Memorial donations in memory of Sharon can be made to Kiwanis Club of Grand Junction, PO Box 1377, Grand Junction, CO 81502.