There is a flurry of activity in the north area, with several new residential areas coming into the market, as well as new commercial projects. Improved infrastructure and public spaces, along with improved safety and services for residents and visitors have all combined to give those who live and work in the north area and excitement about the location.

"I'm getting a lot of feedback on the crosswalks (on Horizon Drive)," said Vara Kusal with the Horizon Drive Business District. "People are happy they're there."

Ridership on The Dash, the free bus service that takes those on Horizon Drive to downtown Grand Junction and Colorado Mesa University from 4 p.m. to midnight on Thursday, Friday and Saturday, is up, and the partners behind the bus service are looking to expand it to Las Colonias park to improve connectivity. 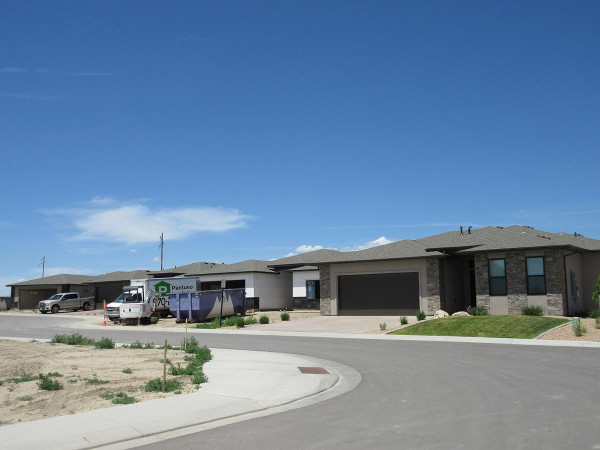 New housing in the north area continues to be a strong driver, with two existing residential developments, Summerhill, which is off 26 1/2, north of I Road, and Copper Creek North II, off 25 Road, south of G Road, expanding with additional filings. At Summerhill, there are just 16 lots remaining in the second-to-last phase of construction, and there are currently three spec and four pre-sold homes under construction. Infrastructure isn't built yet for the final phase of construction in the neighborhood, which has been slowly built out since it was first introduced more than a dozen years ago.  Read more about the North Area of Grand Junction here.

New homes in the north area continue to sell at a brisk pace, which means buyers often have to write a contract and wait for months for their home to be built.

At Copper Creek North, where Silas and Chris Colman have been building Energy-star certified homes for several years, there are no move-in ready homes available for buyers.

"We're seven months out," said Naomi Colman, sales coordinator for Copper Creek Builders. The company is still building in the second filing of its subdivision, and has already sold about half of filing three. In the last year, Colman estimates that the company has built about 40 homes in the unique neighborhood, where some homes are clustered around a small community park.

At Summerhill, which was started more than a decade ago by Bray Development, Porter Homes recently began building homes in the second to last phase of construction.

"We've already sold four lots, and we have our Parade home under construction," said Craig Huckaby, the listing agent for the new homes at Summerhill. There are 19 homes in the current filing, and 21 lots in the final filing. 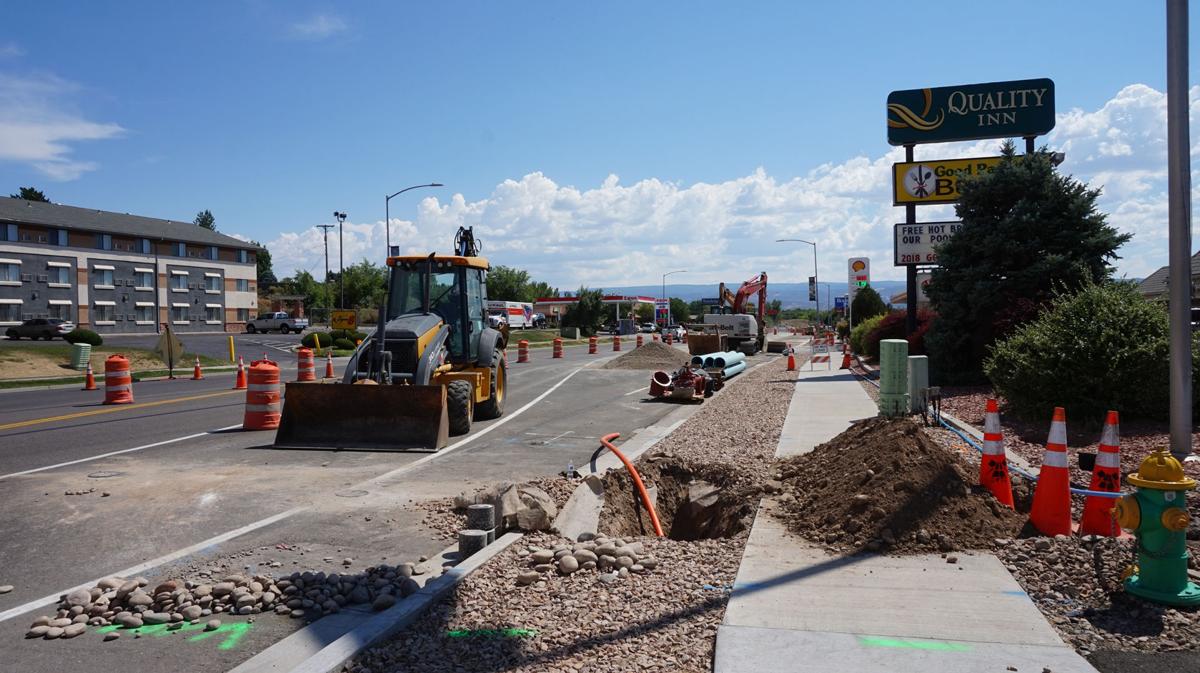 Ute Water chose to replace aging water pipes now, while the street was already torn up, instead of waiting a few more years.

According to Huckaby, prices are starting in the low to mid-$400s, but average around $480,000. Although Porter Homes can build smaller homes in the neighborhood, and the lots are relatively small, most people are choosing homes that are about 2,100 square feet.

Huckaby estimates that about 40 percent of Summerhill buyers are coming from out of town. Local buyers include those who are tired of the big lawn and landscape chores and who love the idea of being able to leave at a moment's notice, without worrying about finding someone to mow or take care of the yard.

Read more about homes for sale in the North Area of Grand Junction.

Housing is in high demand in the north area, with both building lots and new homes selling quickly.

Freedom Heights is a development of 22 homes near H and 26 Road, with large lots, a walking path along Leech Creek, and good views of the Bookcliffs, the Grand Mesa Colorado National Monument. Linda Kramer with RE/MAX 4000 listed the lots last August, but infrastructure construction didn’t get started until a few months later.

Lots in the neighborhood, which is within the city limits of Grand Junction and has sidewalk, sewer, curbs gutters, are about 7/10 of an acre. Their large size allows to build a shop, have a garden and enjoy a little elbow room.

The owner of a 150-acre adjacent parcel of land that was slated for development years ago took notice of the brisk sales at Freedom Heights and decided to resurrect plans for Weminuche, a residential development of 303 single-family homes.

“Given the current market and the shortage we have of lots in the valley, now is the time to move forward,” said Robert Jones with Vortex Engineering. 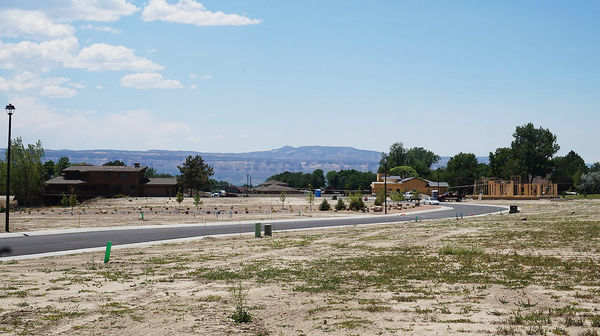 Lots sold quickly at Freedom Heights, a large-lot subdivision north of H Road, just east of 26 Road. Most of the buyers wanted a custom home and brought their own builder to the neighborhood. A few lots sold to builders, who built spec homes.

When the subdivision was proposed several years ago, it had a higher density. After hearing from neighbors, fewer homes are planned for the development, and 34 acres are designated open space.“

There’s an extensive trail system,” Jones said, adding that the Leech Creek trail that starts in Freedom Heights will continue through Weminuche. There will also be a picnic area with a pond.Right now, the city planning department is reviewing plans for Weminuche, but the developer hopes to be moving dirt for infrastructure by the fourth quarter of this year. The development is north of Freedom Heights, and sits between 26 Road and 26 1/2, going all the way to H 3/4 Road.

Learn more about the North Area of Grand Junction.