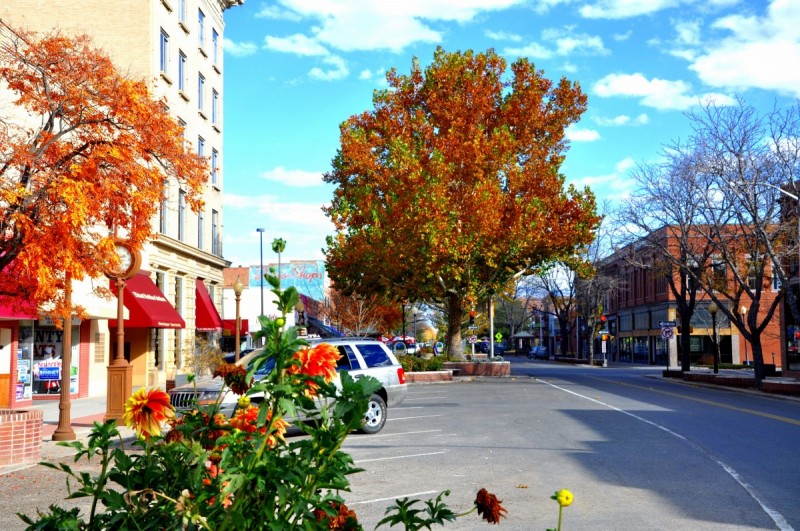 The most populated of the Grand Valley communities is the City of Grand Junction, bustling with commerce, industry, culture and recreation. The downtown core offers the best in urban living with an array of Victorian- and Craftsman style fixer-uppers and renovated gems at a fraction of the cost of bigger cities.

Read on to learn about homes for sale in Grand Junction and updates to the downtown area.

Revitalization in several key areas around the city

There are a large number of construction projects underway or in planning stages in the city, where the city has built the infrastructure to handle growth and properties that have sat vacant or underutilized are getting attention.

"This building has been sitting too long," said Brad Humphrey, who purchased 701 Main St. with a business partner, Rob Hanson, less than two months ago. "We decided to refurbish it and get it back on the market."

The building has been vacant for about a decade, ever since the Cabaret Dinner Theatre closed its doors. When the owner listed the building for sale, Humphrey and Hanson made an offer on the first day it was listed.

"There were three offers on the first day," Humphrey said. "We wanted to take care of these old buildings."

The two partners hired Jim Jenson to act as the general contractor for the renovation. Improvements are designed to accommodate a restaurant user, and include a large grease interceptor and improved plumbing for sinks and bars. The outdoor space would make a great covered dining area, and the investors are installing roll-up glass doors that would blend the indoor and outdoor spaces together. When finished, their site will have 5,000 square feet of indoor space and 2,000 square feet of outdoor space.

There's activity on nearby vacant lots to the east and to the southwest of 701 Main Street, with property owners beginning discussions with city planners for apartments, office space and additional retail spaces. Both proposals are in early stages, which means plans could change drastically before a shovel hits the ground.

Read more about revitilization in the city of Grand Junction.

New projects in the works for the city

While the city center portion of the North Avenue streetscape improvement is winding down, other projects in the city are breaking ground, in planning stages or just starting the conceptualization process.

If you haven’t driven on North Avenue from First to 23rd and paid attention to the improvements, take a short drive and try to remember what it used to look like. Better yet, get out of the car and walk, especially on the sidewalk next to Lincoln Park. That sidewalk is now wide, spacious and far enough from the busy street that it doesn’t feel as though you’re tempting fate to be on it.

This sidewalk running along North Avenue next to Lincoln Park Golf Course is detached from the street and is wide enough to accomodate two pedestrians or a pedestrian and a bicyclist. Crews are still working to complete the sidewalk on the opposite side of the street. 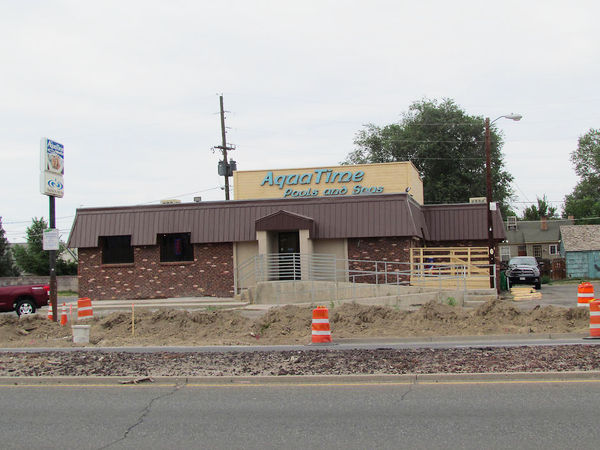 The owner of this building is just
one of many property owners to take advantage of the city’s North Avenue commercial catalyst grant program, which awarded matching funds up to $10,000 to business owners who made improvements to their building's facade and signage. The owner of this building has spent far more than the $20,000 he originally anticipated and plans to tear down the deck on the side of the building and replace it with something that looks a little newer and more inviting.